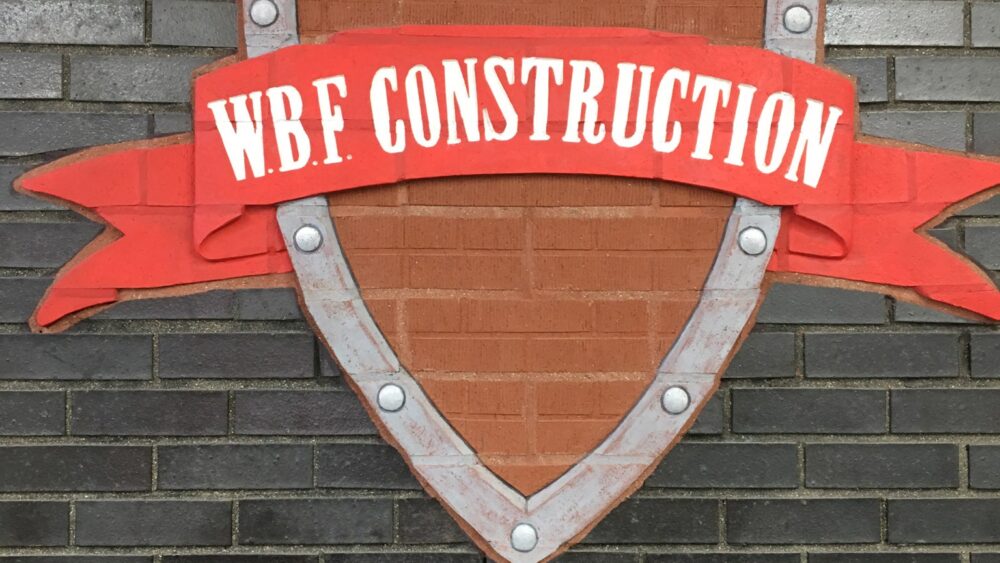 In recognition of Black History Month, the Masonry Advisory Council proudly wishes to acknowledge its relationship with Jameel Ervin, President of WBF Construction. Jameel, built his successful masonry contracting business on the only structural foundation that is stronger than masonry itself – family and faith.

He is joined in both business and marriage to his longtime partner Mona, to whom he lauds as the greatest motivation for his business. While Jameel claims that he and his wife are very different, the comfort of being able to finish each other’s sentences make them appear to be very similar. For the Ervins’, life simply appears easier in each other’s company.

At first glance his mild-mannered personality presents as a camouflage for his savvy business acumen, though he is clearly defined in his actions.

When asked to describe himself, it was difficult for him to frame his sense of self into words, and often preferred to project subtle nuances in reference to his strive toward success in his business.

Ervin described himself as an independent type of person that remains uncompromised in opinion when it comes to the actions of others. He prefers to “stay in his own lane” but Mona’s influence has led him out of his comfort zone to become more involved in the industry.  As a result, his presence is now known both locally and on a national level.

His past is evidenced without words by an army jacket proudly hung in his office. Having served for four years, it goes without saying that his structured work ethic remains embedded into his life from that experience. After viewing the pillars of success displayed in his office (Grit, Talent, Execution and Hustle), it is abundantly clear that he still believes in hard work.

Like many, Jameel started in the masonry industry as a high schooler. He worked summers in his stepfather’s masonry company. After a life defining incident resulting from peer group pressure in his youth, he made the conscious decision to trust his own instincts and rely solely upon himself – a formula which has proven successful for him.

After working as a Foreman for many years, he ultimately took a leap of faith with one child and one on the way, and made the decision to take the risk to start his own business as a Union Mason Contractor.  Funded by side jobs, he strategically planned and purchased scaffolding and other necessary equipment, one piece at a time, even before formally forming his own company.

Administrative District Council 1 of IL, President Michael Volpentesta met Jameel when he was running work for another mason contractor. At that time, Volpentesta was a field agent working for the Bricklayers Union. Since then, they developed a friendship that has lasted  for over 15 years. President Volpentesta indicated that Jameel would speak with him about becoming a Mason Contractor. With his past years of experience as a Union Contractor himself, he gave Jameel advice on the process of becoming signatory with the Bricklayers  and Allied Craftworkers.  “I remembered Jameel telling me how he was working at his minority status and the hours he was putting in to achieve it.” President Volpentesta further stated that at that time, he saw that Jameel was dedicated and serious about becoming a contractor. “Once Jameel was ready to sign with the BAC, I assisted him with everything needed to become signatory.  I also reached out to one of my past business accounts. I then made an introduction and asked them to consider doing business with Jameel, which they did and still do to this day. I’m very proud to have Jameel as a friend and signatory contractor representing the BAC as a minority Contractor.”

Jameel Ervin believes in giving back to the industry and openly states that he is successful by the “Grace of God.” WBF (Walk by Faith) provides dozens of union jobs.  In conjunction, he expresses a concern for lack of tradesman in the masonry field. Today he is on a mission and addresses the work shortage by encouraging young high school people through hands on experiences using actual equipment and tools to introduce them to our industry. “Trades are undervalued “says Jameel, “Old school bricklayers took pride in their work. They took the time to help develop a craft that they loved and they had a code.” Instilling this same work ethic in our young people today is notably one of his greatest passions.

Currently Ervin is the Regional Vice President of Region D of Mason Contractors Association of America (MCAA). He also teaches Foreman Training Classes, and has served as a Judge for the Spec Mix Bricklayer 500, both in regional and national competitions.

WBF’s work can be seen in and around Chicago. Although Jameel has no political connections, he is awarded union projects based on his own reputation and work standard of excellence.